We research tawny owl (Ctrx aluco) not only during their breeding season but also in autumn and winter. During studies, information is gathered about these birds, and they are ringed. Autumn and early winter studies have shown that this year owls have reached record weights. A few of the birds were a hundred or more grams heavier than they weighed at the same time last year.

These nocturnal birds are facing a lack of breeding grounds. When tawny owls look for a nesting place, they might fall into a trap. While searching, they enter the buildings and later fail to escape.

We want to remind that you can already place nesting-box for these birds. It is recommended to do this by mid-January, as tawny owls are one of the earliest birds to breed in Lithuania. 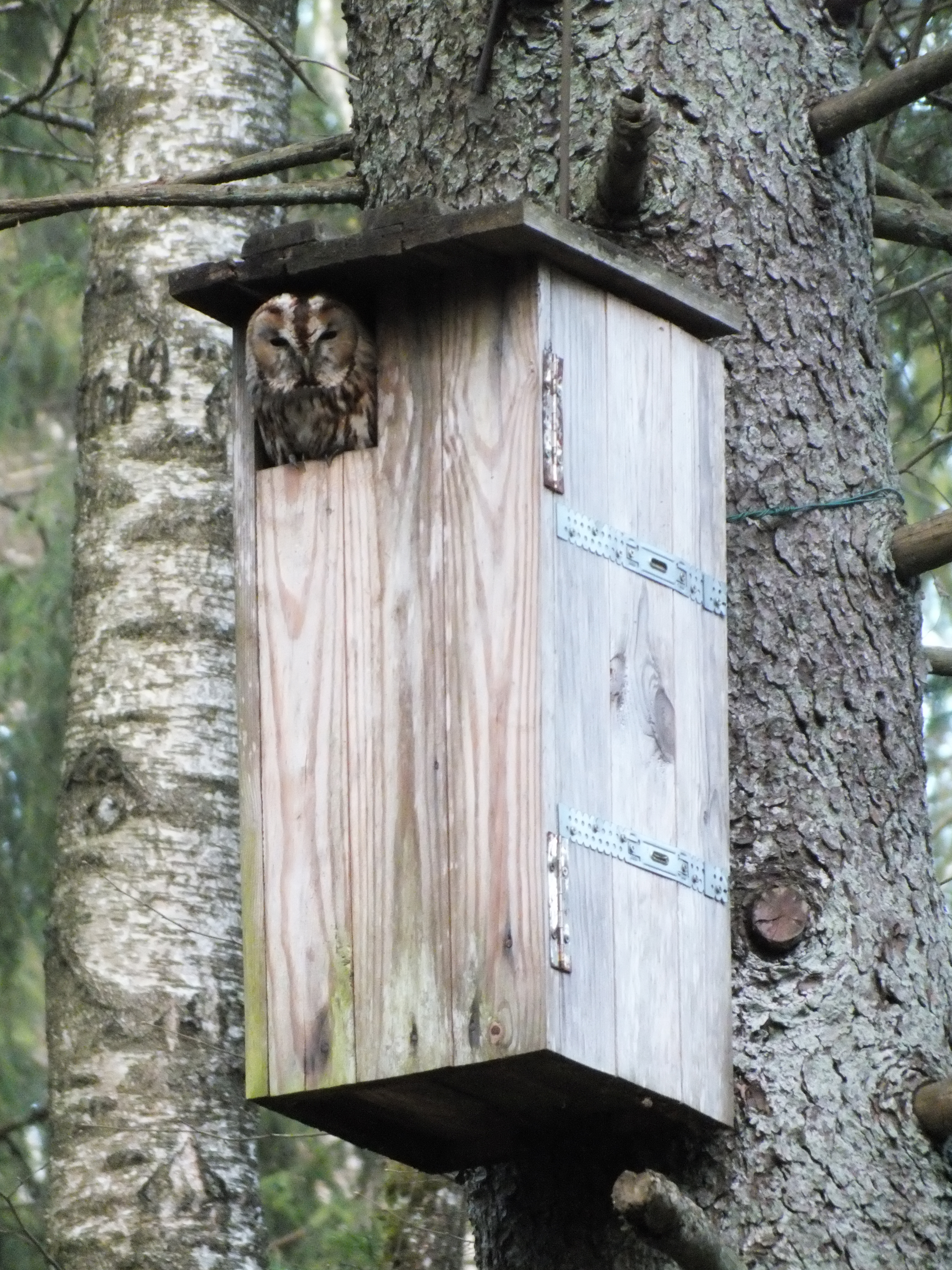